Posted on March 13, 2016 by thehistoryofbyzantium 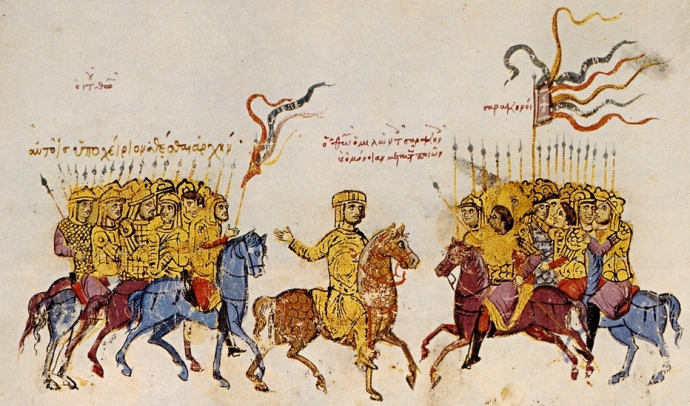 Leo’s murder is greeted with disgust in Anatolia where men rally behind Thomas the Slav. But back at the capital men get behind Michael of Amorium as a suitable replacement. This split leads to a three year civil war and a stalemate which suggests that God favours neither man.