Posted on February 15, 2013 by thehistoryofbyzantium 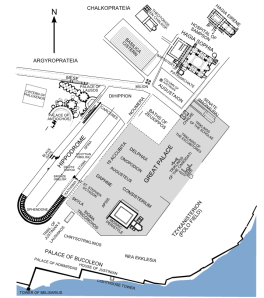 In January 532 a seemingly typical riot at the races escalates into a full blown rebellion against Justinian. Trapped up in the Palace while Constantinople burns, the Emperor must decide whether to flee or to fight.

– Or leave a review on Itunes.